Why Snapchat, Video Marketing and Podcasting will lead 2016 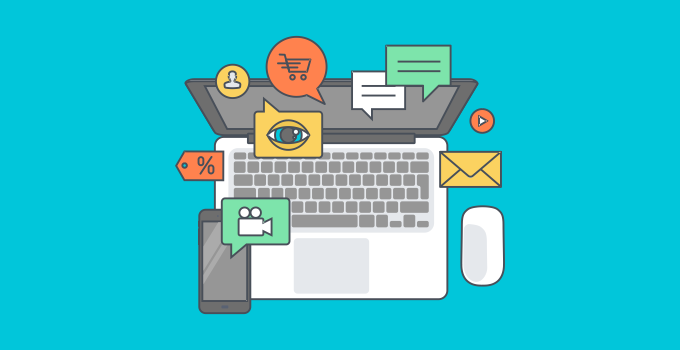 Each day, in the digital industry, we are all trying to keep up with the latest trends. We follow the most influential people’s blog, we are present on (almost) all of the social networks and we always know what’s happening out there. We do this in order to create better content, to publish better ads, to make a bigger impact. We have to keep up, because we have to know what our audience loves and we have to offer it on a silver plate, in the best possible moment.

Now we have come to a point when the digital industry is growing so fast, that we also have to speculate what’s coming next, so we can adjust our plans and strategies accordingly.

In 2015, according to AdWeek, the mobile ad industry grew 34% year over year, while desktop online advertising only grew 11%.

These new features give us a hint of what we can expect in 2016. It’s not a big revelation if I say that the mobile ad industry will keep growing even further, but it’s more exciting to think about what exactly will dominate online advertising next year.

If you ask me, I would put my bet on the following trends:

With more than 100 million daily users, Snapchat has an influential role in the world of digital advertising.

It’s a unique and relatively new social network with very distinct features from other platforms: expiring images and videos, text and drawing features for images, text and video chat options and non-commercial peer-to-peer payment (“Snapcash”). These features are the reason why Snapchat is a generation-specific platform, mostly used by Millennials.

Millennials, also known as Gen Y, are different from any other generation. Even though the aspiration to self-expression is part of the human nature, this generation is the first to have an unlimited amount of technological platforms from which they can express themselves. Moreover, they can only be inspired by people they can relate to, preferably also a Millennial, rather than someone from an older generation.

They understand each other more than any other generation could understand them and -because they are aware of this fact- they also tend to keep a certain distance. This may also be the reason why they use Snapchat!

In November the company announced that it reached 6 billion video views a day. That’s a three times increase just from this spring and this number is estimated to grow even more in 2016. After ESPN, National Geographic and Daily Mail, more news media will join Snapchat for sharing live updates and -because you need to have people add you on Snapchat in order for them to see your Snaps and Stories- popular users with significant number of views and followers will serve as a marketing brand for companies.

There are several well known brands that already used Snapchat for advertising. Sprite, for example, drove more than 2 million Snapchat views in just a few days.

If you ever doubted Snapchat’s future just for a second, I’m sure that you are convinced now that it will be in the spotlight next year.

We live in an age of information overload. People are sick of being targeted to and making content that’s easy to digest could be the key to success for businesses, because consumers are more likely to pay attention to a video ad that immediately grabs attention than any other text-based traditional advertising form.

Facebook and Twitter have been experimenting with video advertisements (including auto-played videos) for years and -as their revenue from video marketing is growing- they keep improving their advertising platform year by year.  Facebook has revealed that overall, users are seeing nearly four times more video in their news feeds than a year ago. In the same report it’s revealed that more than 1 billion videos are watched on the social network every day.

When it comes to digital video viewership, smartphones have a deep and still growing impact.

In fact, this year, 50% of global viewership on YouTube comes from mobile devices and millennials are 2X more likely to be focused while watching video on mobile than while viewing it on TV.

Because Internet users are responding so well to video banner ads and video content in general, live streaming apps appeared. Periscope, Meerkat and Facebook Live are just a few to mention. These apps are representing a revolutionary idea and they are available for everyone. This means that all businesses out there, no matter what budget they have, can use live video streaming apps to communicate directly with their audience.

Video advertising will not be boring in 2016.

If you thought you have seen everything, now Facebook launched 360-degree videos. Storytellers have a brand new, innovative tool to engage their audiences. Star Wars, Discovery, GoPro, LeBron James & Uninterrupted, NBC’s Saturday Night Live, and VICE are among the first publishers to share 360 video on this social network.

While we are used to see video ads in our news feed, Google, Bing and Yahoo take a step forward as they will introduce videos in their search results.

Even though they are still testing this new feature, it will definitely make its impact in 2016.

Up until now, podcasting has been viewed as a less popular form of media.

This year, according to a report published by The Content Marketeer, Apple has surpassed 1 billion subscriptions for podcasts via iTunes and 67% of podcast listeners don’t mind sponsorship messages and occasionally find them useful, compared to 6% of television or commercial radio listeners.

Moreover, Libsyn and SoundCloud have seen significant growth in the past several months.

In 2016, with more smartphones available, people can access richer online resources including video, radio, and podcasts, while on the run, grabbing groceries, travelling or taking the kids to school.

Podcasting is a great way to engage a busy audience…

…and new technology built into cars will produce a whole new opportunity for this form of media.

Podcasting will reach its next milestone when social networks will make this advertising option available on their platform. Companies are slowly testing their audience’s reaction to podcasts on social networks. For example, WNYC Studios recently uploaded a full version of interview podcast with the comedian Jimmy Fallon itself to the station’s Facebook page.

It’s difficult to say when we will see a dedicated feature for podcasts on Facebook, but advertisers can already  tell that podcasting has many outstanding benefits: it makes information personal, it’s portable and it cuts costs.

Advertising trends are in a tight relationship with the evolution of technology. Google’s Oculus Rift, the product we mention the most often when we think about virtual reality and advertising, is a sign of what could come next in the following years.

Even though marketers are mentioning Oculus Rift as a trend in 2016, I doubt that this option would be available for small or medium-sized businesses anytime soon.

The good news is, that in 2016, the lines between “online” marketing and “real” marketing will be blurred more than ever before, thanks to the wearable technology and the IoT (Internet of Things).

Because technology is evolving so fast, I’m more than curious to see what we will talk about next year. Stay tuned!

Technology is really evolving and it’s changing every now and then. We have to get ourselves ready because we might be surprise for what it brings. And when it comes to marketing, we have to cope with the change always and follow what’s trend. If snapchat, video marketing and podcasting are the new trend, then we have to involve ourselves with that especially these businesses because it has the larger market these days and you can possibly get your costumer from it.

Great article but what’s your snapchat? Find me @rosspr on snapchat

It’s crazy to think about Snapchat becoming a marketing tool, but in reality, it’s actually really smart. It’s said that consumers’ attention spans, especially when it comes to advertising, are short. So Snapchat could be a useful medium. Thanks for sharing.

Pingback: Video Marketing to the Masses – Staying Constantly Ahead in an Ever-Changing Social Media World

I think that everything posted made a great deal of sense.

But, what about this? what if you added a little
content? I ain’t saying your information isn’t solid., however suppose
you added a post title that makes people desire more?

I mean Snapchat, Video MKT & Podcasting in 2016 is a little plain. You could
peek at Yahoo’s home page and note how they create article headlines
to get viewers to click. You might try adding a video or a related pic
or two to grab people interested about everything’ve written. In my opinion,
it would bring your blog a little livelier. maglie calcio 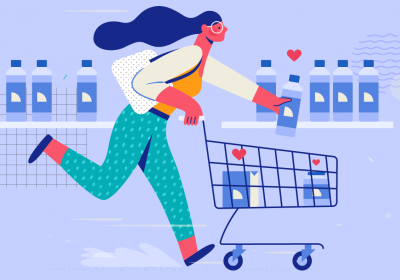 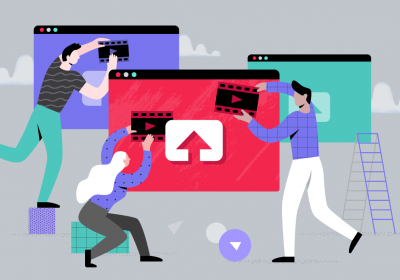