Most people think that banner advertising is about fancy designs or metrics like CPC, CTR, and CPM.

Banner advertising is about emotions.

It’s about creating a bridge between your advertising message and your customer’s desires.

You can have the coolest looking ad on the planet. You can know how to “optimize” all metrics until you’re blue in the face. You can A/B test button colors till high-heaven.

Yet none of that will make a difference unless you have a firm grasp on the psychology behind what drives someone to whip out their credit card.

To run a successful campaign (and design a good ad) you need to know as much as possible about who you’re targeting.

This goes beyond demographic details like age, sex, or income.

You need to understand what it’s like to be in their shoes to the level that when they read your copy, they’ll think…

This concept of advertising “mind-control” should permeate through all of your marketing. Yet, it’s especially important at the beginning of your funnel.

For most people, everything starts with a banner ad.

In today’s blog post, I’m going to reveal some of the best psychological “mind-control tricks” that we’re seeing million-dollar advertisers use to whip their prospect into an emotional frenzy that ultimately leads to more clicks, conversions, and sales.

The first thing you want to do is paint a picture that resonates with someone who has been struggling with a certain issue.

This could be weight loss, finding a romantic partner, problems in their business, personal life, etc.

We all have problems that we struggle with and are desperate to solve.

Your banner ad should feed off of that desperation.

Here’s an older ad from AppSumo that shows this: Here’s what the prospect might think when they see this ad:

Entrepreneurship is huge in the USA right now. Everyone wants to start their own business. Yet, few people know how to actually pull it off. Then, this ad comes along and speaks directly to that mindset.

The ad addresses the exact problem they have:

Mind-Control Secret #2: Fear of Loss vs. Desire for Gain

Have you ever heard of a concept called “loss aversion”?

The concept was first discovered by Daniel Kahneman. He performed a study performed where he gave subjects the chance to either lose $50 or acquire $100. Ultimately, the study showed that people got more satisfaction out of NOT losing $50 than acquiring $100.

Rationally, we would think that gaining the $100 bucks would make us happier.

The net result is higher.

Yet, human beings are extremely irrational. ALL OF US. We want to stimulate this irrationality of fear of loss in our prospects.

There are many ways that you can use the loss aversion theory in your banner ads.

The most simple way we’ll address today is just to flat out say it.

For example, check out this financial lead generation banner ad:

Notice that the headline is NOT “4 Ways to Make Millions For Retirement”. It say, “4 Ways to Avoid Running Out Of Money During Retirement”. That’s the “hitting them over the head” strategy.

This ad implies that the prospect is losing the opportunity to cut belly fat unless they stop eating these four foods. The person reading this is going to think:

Wow. Maybe the reason why I can’t lose weight is due to these 4 foods. These foods are stopping me from achieving my goals. I guess I should click and see what they are.

Copywriter Gary Halbert once said that the #1 reason why people buy is because of “curiosity, not self-interest”. We’re all Curious Georges. We love a good story. We love good gossip.

Think about Facebook. Do we really care what happened to people we barely knew in high school?

However, we’re curious to know “whatever happened to him/her”.

Curiosity is the one of the reasons why people go to high school reunions (the main reason is for successful people to stick their success up the hind end of the people who made fun of them… but that’s another blog post altogether :)

In fact, some markets and products have curiosity baked right into them.

For example, this ad from Classmates.com will organically evoke a lot of curiosity.

People who see this ad will be be curious to see what their yearbook looked like and where their classmates are today.

Direct Response advertisers who sell info products/supplements use banner ads that combine curiosity with a good story (and a bit of fear).

We live in an entertainment based society. A large portion of the average person’s day is spent consuming. We are content junkies.

Smartphones, tablets, and laptops have made it easy for us to get our “fix” wherever we go.

People love celebrity gossip, viral articles, games, BuzzFeed quizzes, you name it. So it should come as no surprise that fun and entertaining ad creatives work really well.

One way to add a bit of quirkiness to your ads is to test out weird, funny, or crazy ads.

These could be ad creatives with cartoons, interesting pictures, or anything else that will catch someone’s attention and bring their guard down.

For example, here’s another variation of the “Foods To Never Eat” ad creative you saw earlier.

People will see a sad banana on their screen and wonder just what the heck is going on. It’s kind of cute and funny. It brings your guard down.

You’ll also see many viral sites promoting their content on Native networks with curiosity based entertainment ads. Most Native content is centered around celebrities and viral images.

Here are a bunch of viral ads that are all doing very well on Native networks like Outbrain and Taboola: The ads shown above have been likely clicked on tens of thousands of times, making these advertisers a lot of money.

Even if you’re not running a viral site, you can still find a way to add a bit of fun to your prospect’s life through your Display ads.

We love to do is bond over our hate for another person or object.

Have you ever had a job where everyone hated the boss? If you have, then you probably bonded with your coworkers over that hatred. Then, perhaps you left the job, and when you reunite with your old coworkers, you suddenly find that the same bond is no longer. The boss is no longer in your life. There’s one less thing to connect on. However, once you laugh and reflect on “what an idiot” your old boss was, the bond instantly returns.

This same concept works in marketing. You see it used all of the time.

How can you take advantage of it?

Choose an enemy that you and your target market can stand behind.

Ideally, the best enemies are entities or people that large majorities of people absolutely despise.

Here’s an example for the fitness industry: And even the power companies: Another reason why this works so well is that most people want to put the blame for their unsatisfactory situation in life on someone else.

Most people have a difficult time accepting that whatever problem they have that your product solves has anything to do with them. It’s much easier on the ego to place the blame on someone or something else.

[Tweet “Every market has an entity or specific person that everyone loves to hate.”]

One thing you’ll want to keep in mind is that the message on your banner ad and congruent must be congruent.

What do I mean by that?

We’ll often see advertisers who design catchy, eye-popping ads with copy that gets a lot of clicks. However, they only used that catchy copy to get the click. The banner has nothing to do with what the prospect sees when they land on the landing page.

This makes people feel duped, and is one of the reasons why banner advertising gets a bad rep.

Many advertisers make this mistake simply because all they focus on is getting the clicks. However, the clicks are a complete waste of money unless they lead to a sale.

Having incongruent messaging between your banner ads and landing page is a good way to tick off your prospect and make sure they’ll never buy anything from you.

So, use the 5 mind-control tips above — just don’t promise one thing in the ad and deliver something else on the landing page.

Bradley Nickel is the Head Copywriter & Content Marketing Manager of Adbeat, an advertising intelligence tool that will help you find your competitor’s advertising strategy at a glance on 100,000+ websites – view competitors’ winning ad copy, best website placements, and landing pages. Learn more about digital media strategy on the Adbeat blog.

These 5 tips may come handy. thanks for this post

According to the purpose of said in this post. the best cases for all.

Your article was very interesting .

Your article was very interesting .

converting clicks to sales is challenging… the content of the banner and the landing page must be the same and relevant for sure.

Hi, Maria! Sure, thank you!

I really liked your blog article.Much thanks again. Keep writing.

Great! it was fantastic.

thanks for sharing this useful article bro.

Remarkable! Its in fact remarkable piece of writing, I have got much clear idea regarding from this article.

Thank you for your contents

I work in the field of graphics and this article was useful for me. thank you .

this article was useful for me. thank you .

this article was useful for me. thank you .

thanks for sharing this useful article bro.

I am grateful for the positive learning environment you provided me with.

I am grateful for the positive learning environment

One thing you’ll want to keep in mind is that the message on your banner ad and congruent must be congruent.

thanks Brad Nickel for this grateful the positive learning environment

Pingback: How Does Banner Advertising Work? – Artspyramid-Delivering success with every solution. 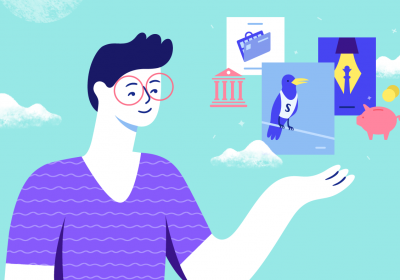 29 Distinguished Bank Ads that Will Make You Rethink Financial Advertising 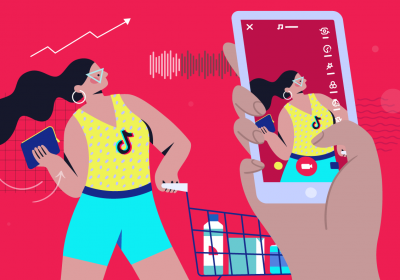 How to Design TikTok Ads That Will Skyrocket Your Brand