It was just a typical day when I was surfing on Twitter and a tweet came out into my feed. I remember the title was “Articulating Design Decisions” and it was a video with a guy, talking about how designers should justify their designers to a non-designer (client, boss) and they must have the ability to convince people they’re right.

You can watch the video here, but before you click that link you should read this interview with that guy.

His name is Tom Greever and he is a user experience and interface designer. Tom makes a living from design, mobile, web, apps and he is the UX Director at Bitovi. Also, you can check his book – Articulating Design Decisions.

Could you tell us briefly about your background?

“I went to college for business, but very quickly picked up design and started out in corporate marketing. At the time, people were just starting to build web applications.

The company I worked for was porting an old terminal-based application to the web for the first time and that got me really interested in app and interface design. Since then I’ve worked in lots of different environments doing web, interface, mobile app, and UX design.

All together, I’ve been designing things for about 15 years.”

What difficulties did you face at the beginning of your career?

“I think the biggest challenge I faced was simply inexperience and immaturity.

I actually started in a management role right out of college, but I lacked the perspective to really manage people effectively. I was arrogant. I know for a fact that I damaged some relationships in those early years, but everything that’s good about my management style now was born out of those mistakes and experiences.

I screwed up a lot, but I learned from it and moved on.”

Are there any things you wish you knew at the beginning of your career?

I showed up for work, did my own thing, was protective of my territory, and didn’t care what anyone else thought. I didn’t realize that I was surrounded by people who could help me be successful. I didn’t care what other people’s perspective or experience lent to my own agenda. I was too focused on creating “stuff” as an indicator of success, instead of seeing my success in the success of my team or other people.

People before projects, that’s what I wish I had known.

What do you enjoy most about your career?

At Bitovi, we seriously have some of the smartest people on the planet. I am always blown away by the things our team works on and I love collaborating with them every day. As if that weren’t enough, we’re privileged to get to work with the world’s largest companies and brand names, solving really complex problems for them and helping their businesses grow.

There’s nothing more exciting than seeing our projects featured in mainstream news or watching it perform on Black Friday. The combination of smart people and awesome projects makes it all really rewarding.”

How would you describe your approach to design?

“First, we approach design as a way to solve problems for our clients.

But we also have a user-centered approach to everything we do. When we start a new project, we have to first define our goals, specifically metrics that are measurable, so that we know what we want to accomplish.

Usually, these are business goals like increasing conversion on an eCommerce site or functional like building a multi-device experience with feature parity. Often both.

Everything we design is focused on solving those problems.

At the same time, we’re asking ourselves how the designs affect the user. We do a lot of informed guessing at first, but we also do user testing of our prototypes and, eventually, full-blown user tests with actual products. This combined with data, analytics or A/B tests, gives us a pretty good picture of how we’re doing on both.”

Can you tell me about how you make decisions regarding your design?

“Ultimately, all of our design decisions bubble up to those goals or KPIs that we defined at the beginning.

There may be some trivial design decisions that only provide an aesthetic or speak to a less mission-critical micro-interaction, for example. But at the end of the day, everything has to point back to those goals and needs of the user or it isn’t a good decision.”

What do you think which are the most important aspects when it comes to defining a good design?

“In my book, I define it like this. A design really needs three things to be “good” or to succeed.

First, it solves a problem. Second, it’s easy for users. And third, it’s supported by everyone.

The first two I’ve already spoken to, but it’s this third one that I think a lot of people misunderstand. You see, it’s not enough to have a design that only solves a problem and is easy for users – because if not everyone on the team supports it, then you’re not going to get anywhere. So once you’ve solved the business problems and have made something that’s easy to use, you have to work just as hard to be sure that everyone on the team understands the design decision and is on board with the solution.

Without that support, you’ll just re-hash the same conversations over and over again and not get anywhere.”

What are the most important 3 tools for you?

“I spend most of my time in Axure, Photoshop, and Coda. But those tools are pretty common. In JavaScript, I would encourage everyone to take a look at CanJS for building web apps. Also, I like to use Fontello or Icomoon to generate icon fonts. And I love finding interesting placeholder content generators, like Lorem Pixem, Bacon Ipsum, and the Random User Generator.”

Could you recommend two or more resources for designers that are reading our blog?

“Of course, I’d recommend my own book and video series, both published by O’Reilly, Articulating Design Decisions. You can watch the first three videos in the series for free. The eBook is available now. The print version of the book will be available in September. The talk I gave at MidwestUX last year is also available online.

If you’re interested in similar content, I also highly recommend another book called Discussing Design, by Aaron Irizarry and Adam Connor. They also have a blog. Related to that, Mike Monteiro has some similar ideas in his book You’re My Favorite Client and the talk he gave at Interaction earlier this year.”

What is your daily motto?

“I don’t think I would say that I have a daily motto, but if I had to pick some words to live by I think it would be some version of the golden rule and a thing I learned at church. That is,

“I should treat others the way I want to be treated.”

It sounds so elementary, but I’m convinced more than ever that the way we treat people and the relationships we have will do more for the opportunities and success we expect in our careers than anything else, even more than great design.”

Robert Katai is the Brand & Communication Manager of Bannersnack. His work was featured on Adweek, Entrepreneur, Marketing Profs, Content Marketing Institute and other places.

Hey there! My book is now available in print on Amazon. You can pick it up here: http://amzn.to/1N34PAs – Thanks!

Thank you Tom! Good luck with the book:) 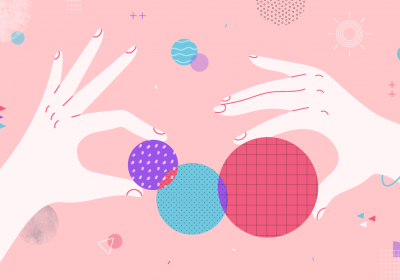 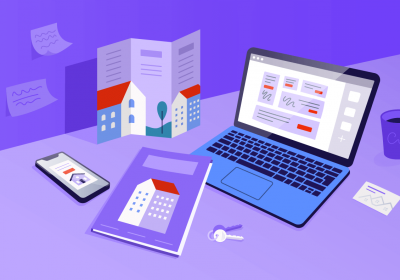