Viral Marketing Examples: Learn To Take Off From Top Brands Viral marketing is on any marketer’s agenda. With smaller budgets and a potential to reach millions online, get shared for free and recommended to others, viral ads are – for good reasons – worth striving for.

But not all ads are created equal, and thus not all of them can go viral (as advertisers say). There are certain ingredients that make a video/poster become a worldwide online sensation. Our job is to identify what makes an ad take off online, craft our campaign carefully and above all, creatively.

I invite you to take 5 minutes of your time to discover what viral marketing is, how you can create a viral ad and learn a few tips from top brands that master the art of “going viral”.

What is viral marketing?

“Viral” originally means something that spreads fast from one person to another, like a virus that causes an infection.

In online advertising, “viral” has a positive meaning and refers to any type of marketing material (video, image etc) that is sent from person to person and becomes popular on the internet.

In fact, the Cambridge Dictionary officially lists the second meaning of the word, which makes it no longer a metaphor:

“Viral: spreading or becoming popular very quickly through communication from one person to another, especially on the internet.” Cambridge Dictionary

How a viral marketing campaign works

A viral marketing campaign should work by itself, that means it should be interesting enough to get shared by people. Therefore, your job is to find an original idea which will ideally stir some kind of emotion and determine online users to take action (share it on their Social Media page, website or blog).

People spend more time online than ever before, which makes the internet a great media placement worth investing in. The web offers opportunities no other media can match: the possibility for users to contribute to a campaign’s reach by sharing the ad, various ways of interaction and engagement.

And now, let’s see some viral ads examples and learn from the best:

The year was 2013, and the world had forgotten Jean Claude Van Damme. Until the day this video was released, and it was all over Facebook, YouTube, and Twitter. That was the day the world not only remembered Van Damme but also acknowledged his incredible ability to do splits at the age of 50. And people also noticed there were two Volvo reversing trucks that supported Van Damme on each side. How was it possible? Was it a fake Hollywood split?

No! It was a genuine split performed by Van Damme to demonstrate the precision and directional stability of Volvo Dynamic Steering — a world first technology that makes the Volvo FM easier to drive.

This is what I call an epic viral marketing video. It has all the ingredients:

You’ve probably seen at least one Old Spice video featuring this hot and funny guy. The series was called “The Man Your Man Could Smell Like”. Impressive as these videos may have been, it wasn’t until Old Spice launched the “Responses Campaign” that they broke down all records on Social Media.

After Isaiah Mustafa (the hot guy) talked about the sex appeal of the Old Spice’s fragrance, the brand decided to engage the audience even more and respond to their Twitter comments about the campaign.

The result: 5.9 million views on day one, 40 million views one week after the launch, their Twitter follower base increased 2700% in one week, Facebook interaction grew to 800%, their website traffic to 300%, and Old Spice became the all-time most viewed branded channel on YouTube.

And now, back to our days: Blendtec is still doing viral “Will it blend?” videos. They started out in 2007 with a massive hit record – 12,663,708 views for their iPhone video – and have released video after video for the past 11 years.

Their product’s core benefit – the ability to blend everything – apparently has an inexhaustible potential for creative videos. During the years they’ve blended diamonds, golf balls, marbles, and iPods.

Hire 3 sexy superstars, dress them in short skirts armors and ask them to sing a famous and catchy song and you have yourself a viral video. Remember when this video ad from Pepsi rocked the internet back in 2004?

I’ve seen the ad over a dozen times and each time I was fascinated by these ladies’ sculpted bodies. Yes, the gladiators’ story was intriguing, but who cared about the fight when there was Beyonce and Britney and Pink half naked?

Here’s why this video was a total hit:

Now, please note that we are talking about a video released in 2004, that’s before YouTube, Facebook or Twitter were invented. There were only Yahoo Mail, Yahoo Messenger, and some scattered online forums.

This hilarious video appeals to our unuttered fears of being discovered as the persons “who did it”. The truth is, we’ve all been there at least once in our lifetimes and felt the creeping shame. This is exactly the idea that fueled this creative campaign for Poo-Pourri.

Their motto is: “It’s time to dump the shame around the thing we all do.”

Just look at the video. It was clearly built on a set of psychological insights carefully collected in research studies. But they used all the data to creatively transform it into a funny story we can all relate to.

The message of the video reflects exactly that: “How do you make the world believe your poop doesn’t stink? Or that you never poop at all?”

Well, Poo-Pourri solves all your worries.

This is why this video became viral and it’s still successful today:

For several decades, George Clooney has been one of the world’s most coveted bachelors. He was handsome, famous and super rich. A great catch. Just that the man won’t put a ring on it. (He eventually did, but years after this campaign.)

Now, back to our viral ad. The DnB Norwegian Bank wanted to show the slim odds of being rich and happy without saving money. So they hired a multimillionaire top star to make the message clear: the chances to marry a rich and handsome Hollywood star overnight are close to none, so save money.

Why this video became viral:

Dove has made creating viral ads a custom. Using the same “Real Beauty” platform message they somehow managed to come up with new and surprising ways of illustrating the idea of real beauty and touch our hearts year on year.

In a world of Photoshop-edited ads and Botox ageless beauty, Dove aims at connecting with our innermost vulnerable selves and show us we are beautiful just the way we are. And boy, do they succeed.

What Dove managed to do with this ad:

According to Visible Measures, the Dove Real Beauty Sketches video was the most watched Internet video of 2013. Today, the video counts 68,232,462 views on YouTube.

In my opinion, this is an evergreen viral video ad, that will forever inspire women of all ages to drop self-judgment and start loving and appreciating themselves.

This ad was aired on 4th of February 2018, during the Super Bowl commercial break and has since become viral on the internet, scoring 49,097,398 views on YouTube 9 months after its release.

Alexa – a virtual assistant developed by Amazon – apparently lost her voice one day, due to – what may seem like – laryngitis. Thus, the support team at Amazon’s headquarters decided to hire a crew of stars (Antony Hopkins, Cardi B, Gordon Ramsay, Rebel Wilson) to replace Alexa, while she was recovering. The stars do no succeed to perform the queries they are asked to, however, they do succeed to sprinkle some spice and humor across the video and make it worth sharing.

This hilarious ad from The City of Los Angeles made a huge sensation on Twitter at the beginning of 2018. The city was looking to hire a professional graphic designer so they made a funny visual ad letting people know that currently, someone without any graphics skills is doing their marketing materials. Could be one of the city’s employees or a child.

Funny as it may be, the ad was retweeted (28,738 Retweets), and people actually applied for the job, because the layout included The City Of Los Angeles’ real logo and a tempting salary package.

Remember this ad that featured a non-impressionistic version of Vincent Van Gogh’s self-portrait? A possible glimpse at how the man could have looked like in reality? It went viral a few years ago and the campaign actually won a merit award at the One Show 2014.

The connexion to art may come as a surprise, but the campaign was created by a French agency (Y&R) for a French eyewear retailer with the tagline: “Turning impressionism into hyperrealism”. And – as you may know – France is the home country of Vincent Van Gogh, Monet, Matisse, and many other impressionist artists.

Now that you’ve seen some viral marketing campaign examples, you’re more acquainted with the concept and can already pin down some advantages. Let’s go through them all:

Now you’re well fully equipped to start crafting a viral advertising campaign. You’ve seen the world’s best viral marketing examples, you acknowledged the advantages and key points you need to do in order to create an ad that will touch or inspire people and will determine them to share it with their friends.

Remember that viral ads are not just ordinary ads that for some reason have been lucky enough to get shared on the internet. There’s a complex process behind each viral ad, and the brands who’ve made it out there can testify.

Whether you’re a multinational brand or a small local start-up, the online medium has loads of opportunities to offer. So, be smart and take advantage of this environment that allows access to billions of people all over the world! 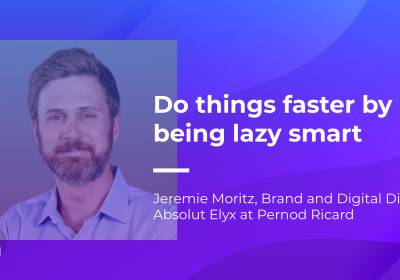 Do Things Faster by Being Lazy Smart with Jeremie Moritz 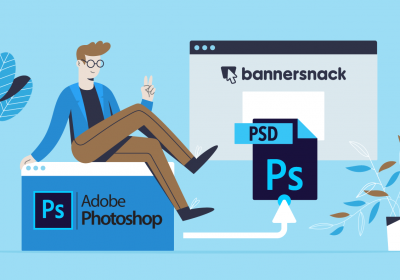