Today we are going to talk about a topic dreaded by many and loved by few.

You are browsing a web page, maybe looking for some answers or just reading an article, and suddenly, a wild in banner video ad appears. To be honest, you probably didn’t even notice it from the first time because of the banner blindness condition we all developed.

However, this banner was special. It was probably a retargeting campaign so you were obviously interested. You probably watched the whole thing and you clicked on the banner to read more.

The question is, how often does this happen?

Are video ads worth it?

Are people still doing advertising through a video banner? Well, obviously they do.

Used effectively, videos can comprise an integral element in a display ad, providing the ad a richness that users generally respond to far better than with static ads.

A well-executed and customized video banner ad can be an important foot in the door for a user to engage more extensively with brand content.

Since their inception, this kind of advertising has seen a lot.

According to the almighty Wikipedia:

Since then, the landscape changed a little bit. They still get the best CTR, but not like it used to be.

But why is that?

Why are video ads getting more clicks than static or animated banners?

The answer is obvious. You are more likely to grab your user’s attention with a video banner, rather than an animated one. If an image is worth thousand words, a video is worth..well..$5 billion. At least that’s how much BI Intelligence reported in their study.

Are Online Video Ads better than the traditional TV Ads?

Obviously, a great load of advertisers is taking advantage of this ad format and that is reflected in their behavior. The average user is now watching the same amount of online video display ads as they are watching traditional broadcast TV.

Consequently, they are watching the same amount of ads as they were watching TV. However, the advantage of online video is its trackability, different from the TV.

During the last three years, BrightRoll says agencies have seen an 88.6 percent increase in client interest around video ads.

What is a video banner?

I was so caught up in explaining the market, I didn’t address more rudimentary questions.

What is an in banner video ad and how do you make them?

There are three types of video ads:

1. Rich media display ads, which are usually embedded in content

2. Ads that are actually videos,


We are focusing on the first type, because that’s what we are good at, and frankly, they are the coolest ones.

How do you create a video banner ad?

Since a video can explain this faster than me writing it, let’s see someone in action, how to make a video banner.

So without further ado, behold, our awesome designer, Gery.

My favorite video ad campaign is, hands down, the Dude campaign created for Bud Light. The creative director behind it (Joel Bloom) had the great idea of using two different Bud Light banners to communicate the same message. This ad campaign was actually an entire series, but I enjoyed this one specifically.

The Ad is brilliant in its simplicity. The whole “Dude” campaign was a huge success and you can read more about it here.

You don’t have to be an art director to create slick video banners. We took the matter in our own hands, and we created a few video ads examples. For the sake of variety, we used brands like L’oreal and Alfa Romeo.

We can go even further by creating a, wait for it, 360 degrees banner. Yes, we said it and yes we did make an example for you.

Just a friendly advice, if you plan on creating a video banner with Bannersnack in the future, make sure the option “stop slide” is enabled. Otherwise, the video will be displayed only for 5 seconds


The advertising field is constantly evolving. You probably heard this a million times, but it is true. Today 360 banner ads, tomorrow live streams in a banner and next week banners in VR. Bottom line, as long as there will be a need, Bannersnack will provide the solution.

For now, you should definitely give In banner video advertising a try. If you don’t feel determined enough by our facts, we have someone who might change your mind.

Does bannersnack host the html video?

Pingback: What The Pros Do To Prepare For A Flawless Product Launch - [Jcount.com]
Pingback: 6 Web Design Trends For 2017 | Gear, Retail, News, Cars, And More!

Awesome article video ads really work when it’s come to attract a click it’s happens with me too whenever I see motion graphics or video ads I got attracted and click on it. 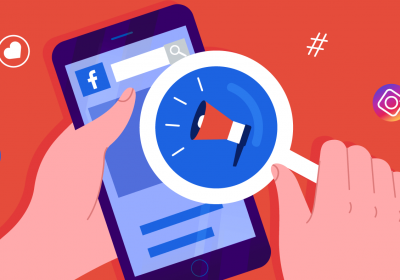 by Denisa Sirca2 weeks ago10 comments 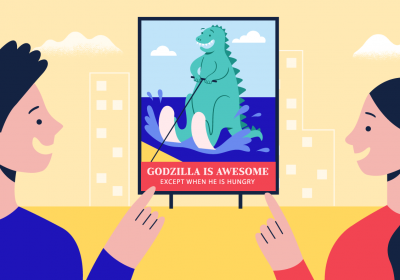 20 Powerful Advertising Appeals You Can Use in Your Campaigns