According to this study, the consumption of soda and sugary drinks may lead to an estimated 184,000 adult deaths each year worldwide.

Now that’s a fun way to start an article.

Unfortunately, that’s the truth and when you see this kind of numbers, you understand why their advertising budget grow exponentially. Just like the Tobacco industry, you have to invest lots and lots of money to make something unhealthy look appealing.

To get a better understanding of how much money the Soft Drink industry spends on paid advertising, think about this. The market leading Coca-Cola by itself has made a yearly commitment to large ad spends, spending a total $3.4 billion in 2014, $3.266 billion in 2013 and $3.342 billion in 2012.

Of course, I am not bashing the Soda industry and we are not some sort of activist protesting against unhealthy beverages. I am just stating the facts. I love them just as much as you do, but I sometimes wonder; do I love them because they taste good, or just because I see their ads on a daily basis?

It’s a little bit a both, but as a marketer, I always analyze their ads and sometimes deliberately take buying decisions influenced by them. Of course, most of the time, and for most people, this whole process is somehow subliminal.

To better understand how can a banner ad tap into your most primary needs, and how a banner can make you thirsty, let’s analyse some of them.

We are not going to take each brand individually, but we are going to take a look at some strategies they all approached in their banner ads.

There are a few tricks big companies like Lipton do in order to make you thirsty, therefore, buy.

Of course, as you probably figured out, they make it seem fresh. They use high quality images of crystal clear water making it look like the bottle of soda or tea was just pulled from the cleanest amazonian river.

And of course, the context is always important. Most ads are going to be shot in a sunny and hot summer day when all you need is to cool down with an icy bottle of sweet water

The science behind it, it’s quite incredible.

A study conducted by the Journal of Consumer Psychology showed that soda ads, don’t actually work if you are not thirsty. At least not on the short term. When you are not thirsty, the subliminal message has very little effect on your choices. You tend to pick the drink you generally like.

If you are thirsty, and you have a strong preference for the brand that was shown subliminally, it has no real effect on your choices. You can read more about it here. Now if these images won’t make you thirsty, i don’t know what will.

There are a few brands on the market seemingly without competitors.

There’s Coca-Cola who’s worst enemy and competitor is Pepsi, then we have Sprite whose direct competitor is Seven Up and we also have Red Bull and their competitor Monster Energy drink.

But who is Schweppes competitor’s? Or Dr. Pepper’s? There are lot’s of generic brand knock off’s but these two brands are entirely different. And they know it. The taste is one element that sets them apart but they also have a history. They tell a story. As a side note, having a competitor is not always necessarily bad. When you have to fight to stay on top, that’s when you get really creative.

Take a look at this awesome commercial.

Using celebrities for promotion is hardly new. Film stars in the 1940s posed for cigarette companies, and Bob Hope pitched American Express in the late 1950s. Stars, who are known to shape destinies, provide an enormous influence.

A study conducted by a team of Dutch researchers showed why famous faces sell.  In this study, when women were exposed to images of shoes paired with faces of celebrities (vs. non-famous women), the areas of their brains involved in processing emotional stimuli were more likely to become activated. In other words, positive feelings toward celebrities transferred onto positive feelings toward the shoes.

It works exactly the same for the soda industry. You are more likely to buy something when a friendly, famous face is promoting it.

The cool thing about influencer marketing is that it builds trust. Coca-Cola plays in a way different league. They have advertising budgets higher than the GDP of United Kingdom, Greece and Switzerland combined (3.3 billion dollars on advertising globally).

Now, when you have this amount of money to spend on advertising, how do you use them? You hire Wieden & Kennedy and Ogilvy & Mather, they know how to spend them.

There are very little chances that you don’t know who they are, but if you don’t we talked about them in our podcast. Wieden & Kennedy & Ogilvy & Mather.

They spend decades and million of dollars to slowly make the general public associate their product with fun, happiness, togetherness, family and sometimes an entire holiday. When I say holiday, I’m talking about Christmas, of course.

I don’t know how many of you knew this, but they created Santa Claus or at least his image. Santa has been featured in Coca Cola ads since the 1920s. The most beverages are sold in the summertime when the sun is up and everyone wants to cool down with a sparkly cold beverage. Dressing Santa Claus in Coke’s trademark, helped Coca-Cola get into an untapped market. Coca-Cola didn’t just want to be part of your Christmas, they were slowly becoming Christmas.

Of course, hijacking Santa Claus isn’t their only advertising success.

The “Share a Coke” campaign sold more than 150 million bottles of coke. There are two brands who are the best at creating a community around their products. Red Bull and Pepsi.

They are bringing the people in the spotlight and they enable them to do stuff. They remind me a lot of Nike. Ad campaigns like Nike’s “Just do it”, Pepsi’s “Live for Now” and “Red Bull Gives You Wings” are clear statements aiming at motivating people to get out there and create something, play a sport or do something bold. For example, if you go to a sport extreme event, you will most likely see Red Bull all over. Why? Because they are not only sponsoring that event, they are investing in the community.

Also, if you check redbulletin.com you will see that Red Bull is not in the energy drink industry, they are in the extreme sports industry.

“One of the marvelous things about community is that it enables us to welcome and help people in a way we couldn’t as individuals. When we pool our strength and share the work and responsibility, we can welcome many people, even those in deep distress, and perhaps help them find self-confidence and inner healing.”

Think about the community first and create one, involved in one and make them awesome in everything they do.

And you will see results coming back!

Chances are that you were probably reading this article while enjoying a bottle of coke or a glass of cold sparkly Schweppes and that’s perfectly fine.

We love soda as much as you do, but my advice for you is this; whenever you see an ad from this industry, take a closer look, there are lot’s of things you can learn from them.

Always remember that behind that banner or commercial that you watch before the movie starts at the theater, there is one of the best advertising agencies in the world and a budget higher than most country’s GDP.

Thank you for the article. It’s very good and just what I was looking for. One correction regarding Coke’s global ad budget, the GDP of just England in 2018 was $2.8 trillion. 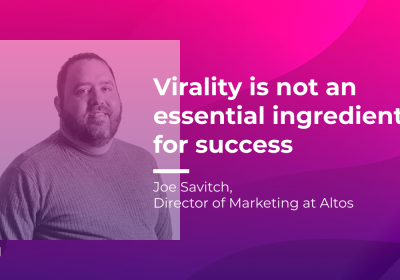 Virality Is Not an Essential Ingredient for Success – With Joe Savitch 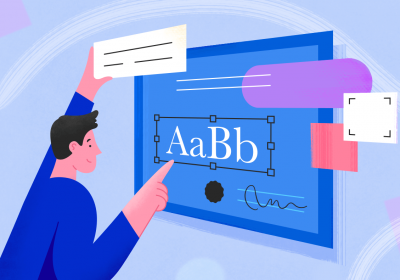 10+ Certificate Design Templates and Ideas to Get Inspired by